The Nintendo Switch is a versatile gaming console for the gamer-on-the-go; and, with a collection of great games, it can give you hundreds of hours of entertainment.

When the console first came out on the market, it was unlike any other gaming device ever released. Nintendo’s previous consoles has been a fan favourite for gamers and casuals for generations — from the SNES and N64 to the DS and Wii. Now with the Switch, Nintendo has combined all the best parts of its predecessors and put them into one, revolutionary console.

Similar to the Nintendo DS, the Nintendo Switch can be used as a handheld gaming system. However, it can also be paired with a TV to enhance gameplay and sound. Built in three pieces, you can remove the controllers on either side of the screen to play on your TV, or hand it off to a friend to play a two-player game. On top of all of that, the console has a touchscreen for additional controls.

For this list, we’ve selected six of the best games available for gamers of all ages. You’ll probably see all of the characters and franchises you've grown to love over the years, so hopefully this will give you a better idea of what to play on the Nintendo Switch

1. Editor's Pick: The Legend of Zelda: Breath of the Wild 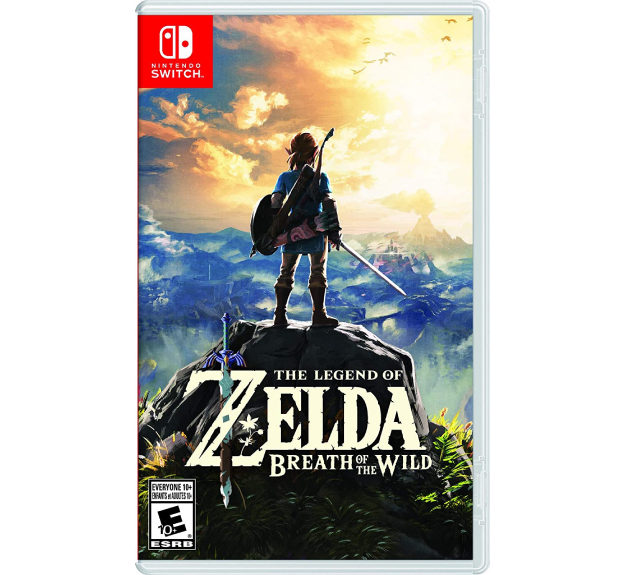 This was one of the first games to launch for the Nintendo Switch and The Legend of Zelda: Breath of the Wild is still one of the most beloved games on the console.

This is Hyrule as you’ve never seen it before — as a fully open world with an incredibly expansive map. As Link, you're given full control to explore this magical world and test yourself against the game's greatest adversaries.

Between the new foes to challenge with 180 different weapons to the 100 Shrines that will test you mentally, this game is full of side quests and great main stories that will keep you playing for hours at a time. 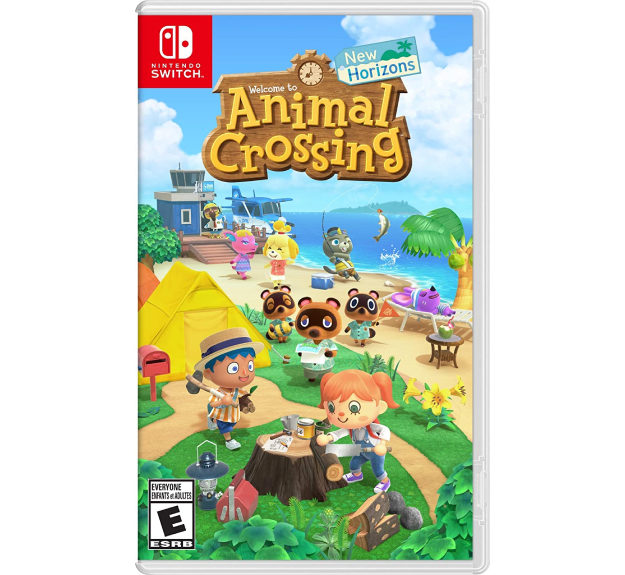 Animal Crossing: New Horizons became an instant hit when it came out in 2020. That's due in part to it being the first major release in the Animal Crossing franchise since 2012.

In New Horizons, you’re transported to a deserted island where you get to build your perfect paradise. This game offers unreal levels of customization; we’re talking everything from your house to your character to the island itself.

As you play, your island will develop and grow, adding new residents to join your little haven. There are fossils, sea creatures, and bugs to discover and donate to your island’s museum. You can even visit other deserted islands to find new fruits, trees, flowers and friends. 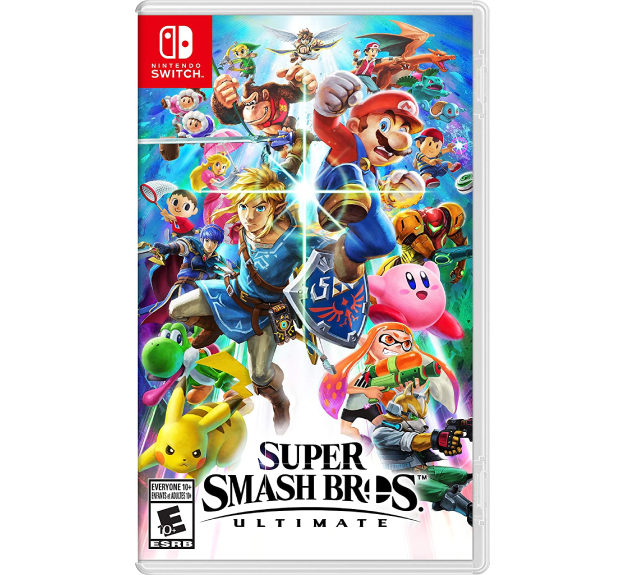 Super Smash Bros. is adored by many gamers, and with the first big addition since the Wii U in 2014, Super Smash Bros. Ultimate is a fun fighting game that will get your competitive juices flowing.

Featuring characters from many major franchises inside and outside of Nintendo, players can choose between the 74 characters — some of which you'll have to unlock in one-player mode. From tried-and-true characters like Mario, Link, Samus and Kirby, to new characters like Isabelle from Animal Crossing, or Incineroar from Pokemon Sun and Moon, there's a whole new world of special moves to unlock. Additional characters are also available if you decide to delve in to the DLC, which can add another 11!

You can play with up to eight players, whether online or offline. There are also more than 100 different stages with over 800 musical tracks designed to accompany gameplay. /p> 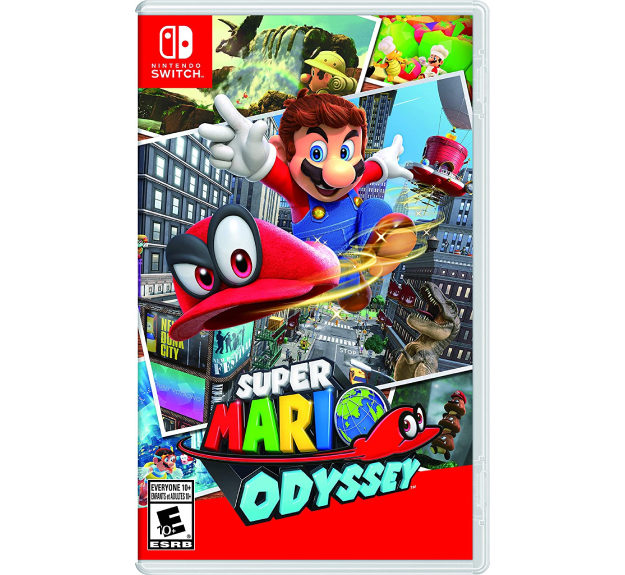 Of course, we need to mention the Switch’s newest Mario release. Super Mario Odyssey is a sandbox-style game like the Wii’s Super Mario Galaxy, or the Gamecube’s Super Mario Sunshine.

In this game, Mario is accompanied by Cappy — a magical hat that helps Mario to control various objects and enemies — who are in pursuit of Bowser, who has, yet again, kidnapped Princess Peach. As you travel the world, you encounter an assortment of stylized environments like New Donk City.

Hand a controller to a friend to travel the world with one of you controlling Mario or Cappy. You're in for a unique experience! 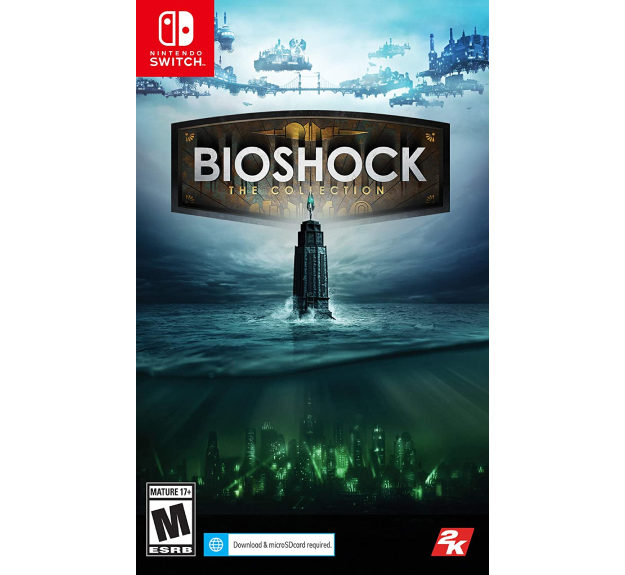 The BioShock saga takes you to the dystopian, underwater city of Rapture and above-the-clouds city of Columbia, in this thrilling and tense first-person shooter series. Being remastered for the Nintendo Switch offers a new generation of gamers the chance to experience the multi award-winning and cherished series.

While BioShock: The Collection isn’t a new game by any means, it's still a great game that you can buy for an affordable price. In it, you get three games, and between 40 and 50 hours of gameplay. 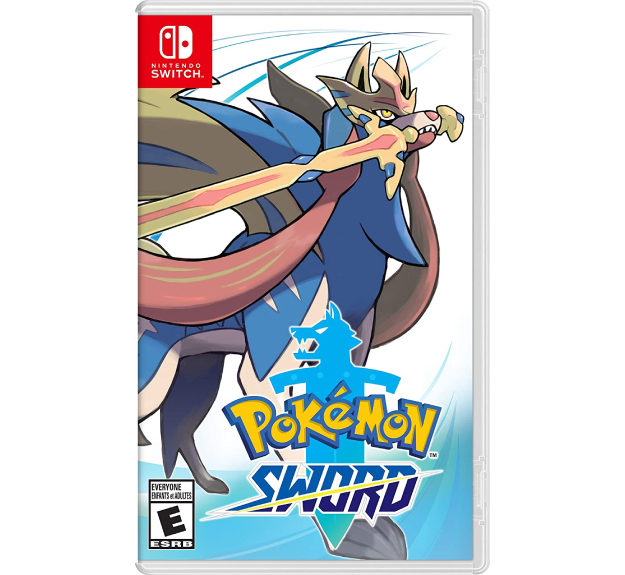 And last but not least, the Switch’s newest Pokémon entry, Sword and Shield. Set in the Galar region, you embark on your journey in the most open air, three dimensional Pokémon game to date.

As a new trainer exploring the vast Galar region, you are unravelling the mystery behind the legendary Pokémon Zacian (Sword) or Zamazenta (Shield) all while collecting never-before-seen Pokémon that are exclusive to Galar. In Max Raid Battles, you’re able to transform your little Pokémon with Dynamax into towering, powerful beasts.

When purchasing video games today, you have the option to buy a physical copy, or you can buy your games digitally with a code that you then redeem with your Switch. There are various benefits and drawbacks of both, so we’ll break them down for you.

When you purchase a code, access to the digital version of the game, the biggest benefit is immediate access to the game. This is especially great when a game is new and you want to be able to play it immediately, or if you’re excited for a game and don’t want to wait for the new one to be delivered.

Depending on your internet connection, downloading can take some time, however as you've seen with some games on our list, it’s not uncommon for game files to exceed 10 GB, meaning it can take up to an hour sometimes. Additionally, the more games you have digitally, the more you need to be concerned with your console's storage capacity.

A big negative of owning a digital copy is that once you’re done with the game, there’s nothing you can do with the file.

If you choose to go with a physical copy, the main downside is having to wait for your purchase to be delivered or having to brave the outdoors and seek out a copy. If the game is in high demand though, it may be difficult to get physically since only so many copies will be available.

Unlike games from older generations of consoles, physical copies often need patches to function properly, and you will have to wait for these to download. Additionally, a physical copy can be lost or damaged with no way to replace it without added cost.

Still, there are major benefits to having a physical copy of a game, especially on the Switch. You have the option of lending or swapping it with a friend. You can trade them in at stores to receive discounts on future purchases. You also never have to worry about losing access to your game if anything happens to your Nintendo account.

Whichever route you decide to go, the games will often cost the exact same, only the options and freedoms you have change.