A common misconception when it comes to buying external hard drives is the belief that you only need to worry about capacity. Sure, the main job of a hard drive is to store files, but you should also consider its speed and longevity. The most unfortunate thing that can happen to you is hard drive failure, which happens more often than you think. Not all hard drives are created equally, and some will last much longer than others. This is especially important if you’re planning to often take your external hard drive on the go.

So before you just choose the largest capacity hard drive you can afford, take a look at our recommendations and information below, which explains other factors you should consider when purchasing an external hard drive. The goal is to help you determine whether speed is important to you and understanding why some hard drives will last longer than others. 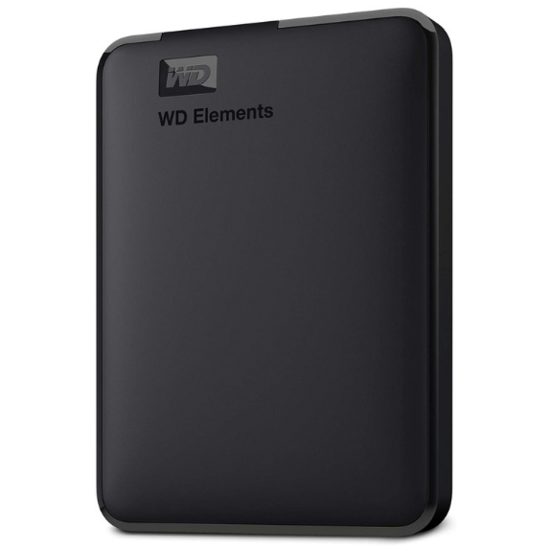 Truth be told, it’s difficult to recommend a best overall external hard drive, without knowing exactly why you’re shopping for one. But for general use, Western Digital’s Elements portable external hard drive balances price, performance and portability, giving you a solid overall option.

This is likely the type of hard drive most consumers need for day-to-day use. It’s small enough to carry around if needed and you can choose from a variety of storage options, ranging from 1TB to 5TB. This hard drive connects via USB 3.0.

This is a fairly basic hard drive and doesn’t come with any sort of auto backup software, password protection or hardware encryption. It’s also not shock resistant, so you’ll have to handle it with a little bit of care. Connect it to your Windows or Mac setup and once you format it accordingly, you can start loading it up with files.

Again, this recommendation is ideal for general use, such as storing images, videos, music files and documents. It’s a great solution for backing up all your data and taking it on the go. Data transfer is fairly quick thanks to USB 3.0 connectivity, but keep in mind this is drives read and write speeds are average. 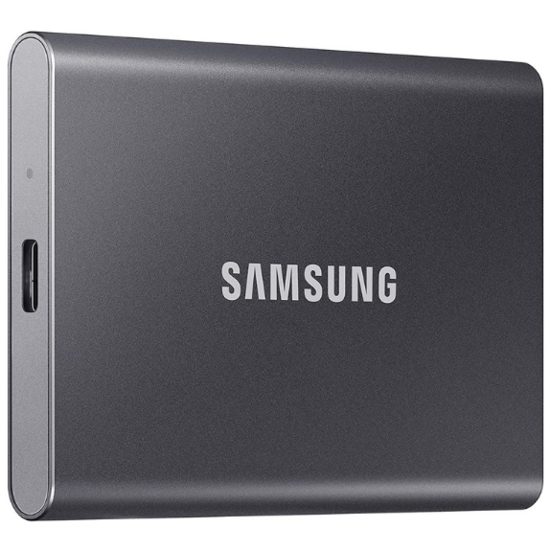 If speed is your main concern, you’ll want to invest into a solid-state drive (SSD). Along with being noticeably faster than traditional hard disk drives (HDDs), another benefit of SSDs is that there aren’t any moving parts, which means they are quieter and have very little chance of mechanical failure. Those benefits come at a price however, as you’ll get comparably less storage for the same amount of money as an HDD.

That means if you’re interested in purchasing an SSD, you’ll have to sacrifice some storage capacity. They’re ideal for people who are constantly accessing their files and SSDs are highly recommended for gaming to cut back on load times.

Capable of reading up to 1,050 MB/s and writing up to 1,000 MB/s, this is a shock-resistant SSD that can withstand drops from 1.83 meters. When compared to a traditional HDD, you’ll be able to transfer files nearly 9.5 times faster. It’s an extremely compact external drive and you won’t have to worry about overheating thanks to its advanced thermal solution which uses ePCM technology and Dynamic Thermal Guard to control heat. It also comes with software so you can setup password protection and get the latest firmware updates.

We just had to include another SSD option on our list and this one comes from SanDisk. If you have ever shopped for memory cards or USB flash drives, you’ve likely heard of this brand.

This SSD delivers NVMe performance with read speeds up to 1,050 MB/s and write speeds up to 1,000 MB/s. It has an IP55 rating for water and dust resistance and can endure up to a two-meter drop. The stylish design of this SSD departs from the traditional design you often see from other external hard drives. It even has a carabiner loop so you can attach it to your belt loop or backpack.

The outside is protected with a durable silicon shell and if you need to keep your content private, there’s included password protection with 256-bit AES hardware encryption. 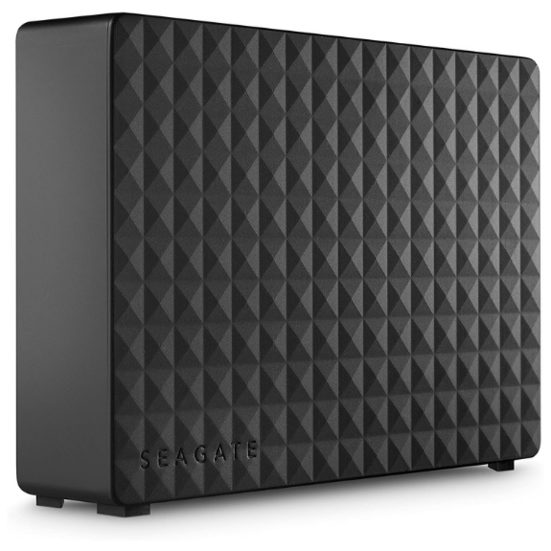 For users who need a large amount of storage space to backup files and other content, Seagate’s Expansion line of desktop hard drives is our recommendation.

These hard drives are great for photographers and videographers who have thousands of large files to store, you can choose from 8TB to 12TB of storage space. Naturally, the housing for these external hard drives are much larger and it’s recommended that they stay on your desk. They could be transported if needed, but handle them with care.

These hard drives are pretty standard, allowing you to transfer content via USB 3.0. Read/write speeds will be average, similar to the performance you’d find on most HDDs. They’re pre-formatted for use on Windows, so you’ll simply have to plug it in and get to copying your files.

These solutions are best used as backup drives and we recommend that you keep an additional copy of the data. Most HDDs will eventually fail and you don’t want to end up losing 12TB of data if the drives unexpectedly fail.

This is a run-of-the-mill external HDD from a reputable manufacturer — Toshiba — that offers its Canvio Basics with 1TB, 2TB or 4TB capacities. It's designed to be portable and compact, featuring a sleek profile with a matte finish to keep fingerprints away. No external power cord is necessary, simply plug in the USB cable (supports USB 3.0) and start transferring files. Ideal for users who need performance, reliability and portability, you can use this option with a Mac or a PC. 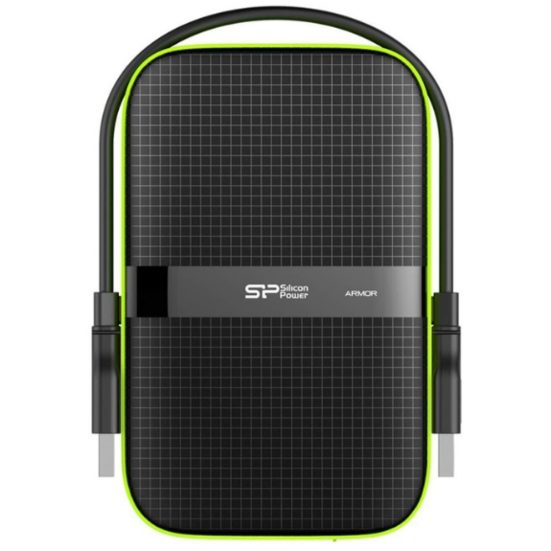 For users who spend a good chunk of their time gaming online, you’ll want a speedy hard drive capable of expanding your storage space without slowing down your system. The SP Silicon Power 5TB Armour A60 is compatible with Xbox One, Xbox 360, PS4, PS4 Pro as well as PS4 Slim so you can quickly and easily free up ample space on your console's internal hard drive.

As a general outline, 2TB is equal to approximately 50 Xbox or PS4 games. With a fast transfer speed, an anti-slip and scratch coating, an IPX4 rating, a durable rubber casing and internal suspension system as well as a cable storage design, this durable machine can take a beating.

So whether you need a device that can be protected from accidental spills or a bumpy road trip, you can rest easy knowing all of your data is protected. 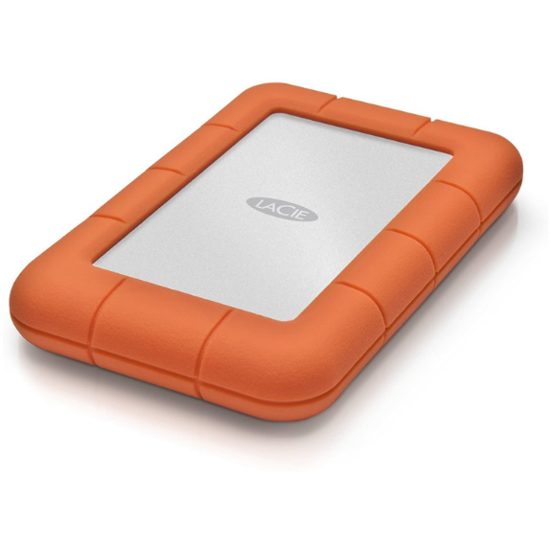 If durability and portability is a main concern of yours, this LaCie external hard drive is a great option that packs a massive storage capacity into one compact and rugged little machine.

These ultra portable devices are available in multiple capacities ranging from 1TB to 5TB and effortlessly connect to USB 3.0 computers so you can upload and transfer all of your content with up to 130mb/s. It's drop proof, shockproof and has a water resistant design.

Our final recommendation comes from another quality Seagate device. Compatible with PS4, PC, Xbox and Mac devices, this external hard drive is super easy to set up — simply plug it in and your device will automatically connect; there's no additional software required.

This device uses a sleek, compact design to easily slide into your bag or even your pocket so you can expand the storage of your computer or any other system no matter where your day takes you. Ideal for users who require large amounts of storage space, effortless compatibility and fast transfers, this hard drive is a great value buy.

Why Should You Buy an External Hard Drive?

The obvious answer to this question is to expand the available storage on your computer. But another good reason to purchase an external hard drive is to have a backup of all your important files in case the hard drive on your computer fails. It’s always recommended to have at least two copies of important files and external hard drives are the perfect way to backup your content if you don’t want it stored in the cloud.

What Are the Major Differences Between SSD & HDD?

If you’ve gone over our suggestions for the best external hard drives, you’ve likely noticed that we differentiated the types of hard drives we recommend. The quick and easy answer on the major difference between SSD and HDD is speed. SSDs are noticeably faster than HDDs, which results in improved performance from copying files to loading them. SSDs are particularly best for storing games, so you don’t have to endure long loading times. There’s a reason why the latest PlayStation 5 and Xbox Series consoles use SSDs instead of traditional HDDs.

As we mentioned before, SSDs will cost noticeably more compared to an HDD of the same capacity. You’re paying for the extra speed and durability, and for many, it’s worth the difference.

How Do You Choose the Best External Hard Drive?

Picking the right external hard drive largely comes down to what you need it for. If you’re simplifying backing up files that you won’t be accessing all that often, you can purchase a budget option that is slower, but that will only really impact you when you’re transferring files. Even if you’re needing additional storage for photos and documents that you access from time to time, a basic external hard drive should suffice.

Now if you’re using an external hard drive to expand on your current storage instead of using it as a backup device, you’ll want one that’s fast. Programs and games benefit from the speeds of SSDs and so will you. Gamers especially should invest into SSDs. Just be wary of how much space you need, since SSDs do come at a premium.

You’ll also want to consider portability. Do you plan on travelling with your external hard drive? If so, you’ll want one of our smaller recommendations, which are essentially hard drives designed to be used with laptops. If it’s being used as a backup, a desktop drive will work, just be aware that it’ll take up some space on your desk.

We're always looking for more feedback! If you've purchased one of the external hard drives on this list and would like to share your experience, please comment below and let us know what you think about our picks.