August 26 is International Dog Day and if you're looking for ways to express your love for man's best friend in video games, then check out these games that let you pet dogs!

The new game, Cult of the Lamb has been getting a lot of great reviews since its release in August 2022. In this game, you start your own cult and venture out to build a loyal community of followers. If you manage to pick up a dog acolyte, they have a unique interaction that allows players to pet them and gain loyalty.

(Available on PS4, Xbox One, Stadia, and PC) 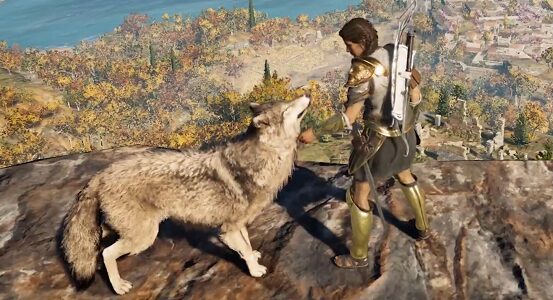 Assassin’s Creed Odyssey has a feature that allows players to pet a tamed animal, including wolves! Many players were having trouble completing this action, so Ubisoft included instructions on how to pet tamed animals in a list of beginner's tips & tricks. 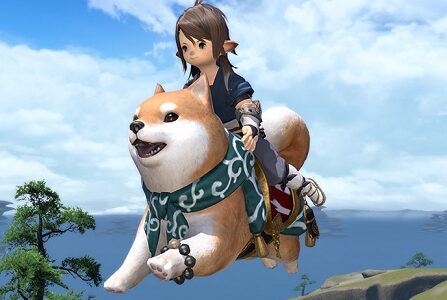 Final Fantasy XIV Online is a hit game that is estimated to have over 30 million players. In June 2022, the game added a Megashiba mount for players, a mount that looks like a Shiba dog and it comes with a special action that allows players to pet it. The downside is that this adorable mount is not free and will set you back $24.00 USD.

Far Cry 6 includes a few critters for you to pet, some of which could take your hand off, however players will want to pick up the adorable Chorizo, a Dachshund pup who is recruitable an as Amigo.

(Available on Switch and PC)

In Monster Hunter Rise you can pet a Palamute, the game's dog-like monsters. Just hit the "Wait" button when it appears and a few new prompts, including the "Pet" action will appear.


Other Fun Game Features for Dog-Lovers

While you can't pet dogs in the following games, we thought they were worth including because they have other features that dog-lovers will get a kick out of.

1. The Legend of Zelda: Twilight Princess

(Available on Gamecube, Wii, and Wii U)

The Legend of Zelda: Twilight Princess might be a little obvious for some gamers -- through storyline events, Link turns into a wolf for parts of the game, making you figure out certain puzzles and battles while on four legs. When Link is in his regular Hylian form, he can also pick up dogs, cats, and Remlits and his normally serious face will change while holding each animal!

Unfortunately any gamers looking to buy the game in 2022 may have a hard time locating it. The last version of the game was released back in 2016 and Nintendo hasn't made any moves to port the game over to Switch.

2. The Legend of Zelda: Breath of the Wild 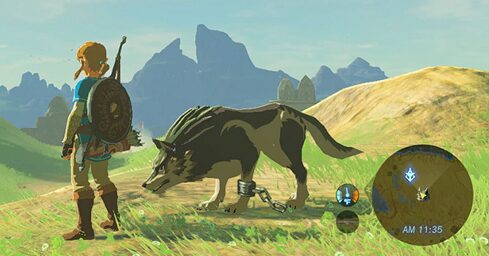 The Legend of Zelda: Breath of the Wild lets you feed meat to dogs you find at stables. If you feed enough to a stable dog and it becomes friendly towards you, they may lead you to something interesting!

Players who own the Wolf Link Amiibo from Twilight Princess HD will also want to use it in Breath of the Wild, as the Amiibo will give you a Wolf Link companion that will travel with you in-game. The wolf is also quite handy, as he'll chase down prey such as birds, scoring you some easy meat! Just be careful to keep your wolf pal away from stronger enemies, as he may try to attack and if he's not powerful enough, you'll lose your companion until you tap the Amiibo again the next day.

(Available on Gamecube, PS3, and PC) 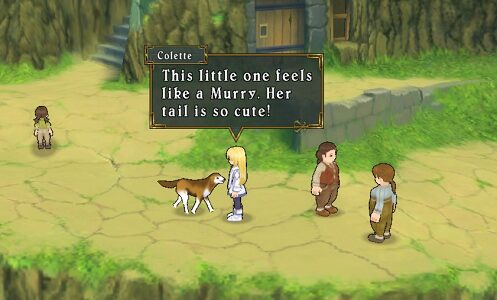 Speak to every dog you come across on the map with Colette as your on-screen character and she will name them. Once she's named every dog in the game, you'll receive the title "Dog Lover". This quest is a little hard to complete if you're going for the title as it might require some back-tracking and careful attention since some dogs are missable, but players might get a kick out of watching Colette gift every random dog she meets with a name. 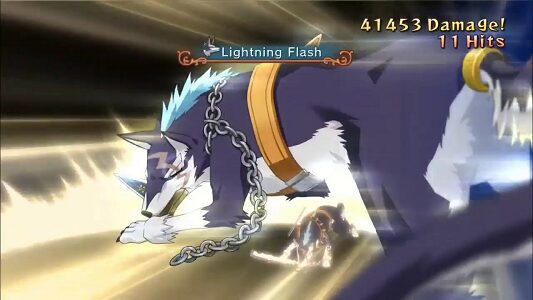 Tales of Vesperia is unique from most other Tales of games in that one of the playable party members include four-legged friend, Repede. While dialogue in the game insists Repede would like to be treated more like a person, he is in fact a knife-wielding, pipe-smoking dog.

Be sure to check out the popular Twitter account "Can You Pet the Dog?" for even more tips on games that let you pet some furry friends! Or, if you're more of a cat person, check out our list of 5 Games That Let You Play as a Cat!