The world's most recognizable hedgehog is getting the LEGO treatment in 2022, as LEGO has officially unveiled an all-new LEGO Ideas Sonic the Hedgehog Green Hill Zone set to celebrate the 30-year anniversary of the Sonic the Hedgehog video game on the SEGA Genesis.

Scheduled for release on January 1 and priced at $89.99 in Canada, the 1125-piece set is inspired by the iconic Green Hill Zone level from the original Sonic the Hedgehog game, complete with a brick-built loop-the-loop, palm trees, golden rings and even a working spring mechanism to launch Sonic into the air. 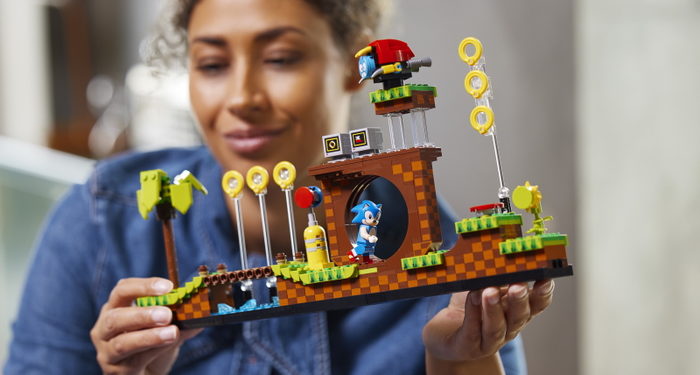 The LEGO Sonic the Hedgehog Green Hill Zone set is the newest addition to the LEGO Ideas collection and was originally shared as a fan submission in 2019 from U.K. LEGO fan Viv Grannell – "I've loved the Sonic series since I was a kid – his vibrant, colourful world fit my sense of aesthetic perfectly, the wacky antics of his multiple cartoon series endeared me to the characters."

This release will mark the first time LEGO has ever released a set based on Sonic the Hedgehog and the latest instance of LEGO looking to retro video games for inspiration, following the 2020 launch of the LEGO Super Mario Collection.

The LEGO Ideas Sonic the Hedgehog Green Hill Zone set will be available exclusively from the LEGO Shop in Canada starting this Saturday, January 1, with a wider release expected at other retailers at a later date.

One of the most famous homes in pop culture history is coming to town this holiday season. LEGO just revealed their new Home Alone set and it’s a must-have for fans of the hit movie series.

The new set is part of the IDEAS line which allows LEGO fan designers to submit their creations in hopes they’ll potentially be turned into sets available commercially. 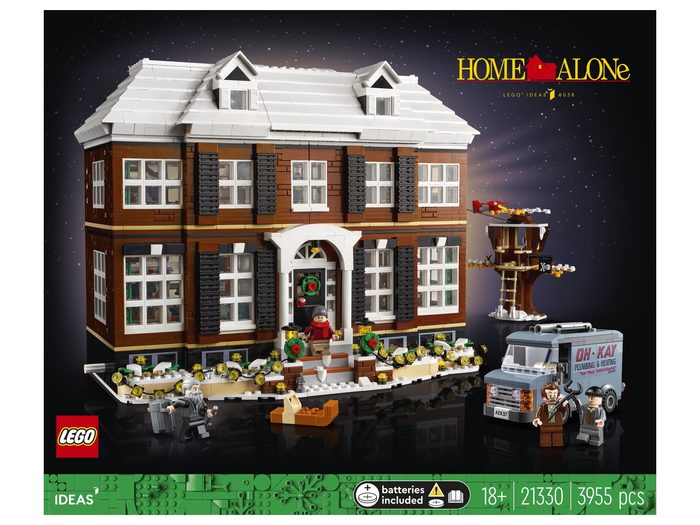 The new set weighs in at a whopping 3,955 pieces and is rated for ages 18+, primarily targeting the adult fans of LEGO market. It’s priced at $349.99 in Canada and will be available for purchase on November 1, 2021 from the LEGO shop.

The set features the McCallister family home complete with layouts that are true to the movie including the ground and first floor, kitchen, basement and attic.

To showcase all the amazing interior features, LEGO designed a brand new mechanism that opens up the house for full enjoyment. The walls open sideways to reveal the interior and the roof can open upwards.

A Home Alone based set wouldn’t be complete without minifigures but don’t worry, LEGO has you covered. You’ll get Kevin, the Wet Bandits (Harry and Marv), old man Marley and Kevin’s mom, Kate (sorry fans of Buzz, Uncle Frank, and the rest of the McCallister crew).

One unique and also amazing touch that LEGO made with the new Home Alone set was packaging it in a way that turns it into the ultimate advent calendar.

Inside the box you’ll find 24 build bags which will allow you to build the house in sequence with the events in the movie! If you’re a huge Home Alone fan like me though, you’ll have a hard time spreading the build over 24 days.

Sometimes themed LEGO sets can be hit-or-miss depending on the size and detail put into their design, but I can truly say as a life-long Home Alone fan that I am excited to build and display the new Home Alone set.

If you’re looking to add this to your own collection this Christmas, I recommend shopping early as it’s sure to be a popular set among collectors and this year's supply chain issues may impact availability. 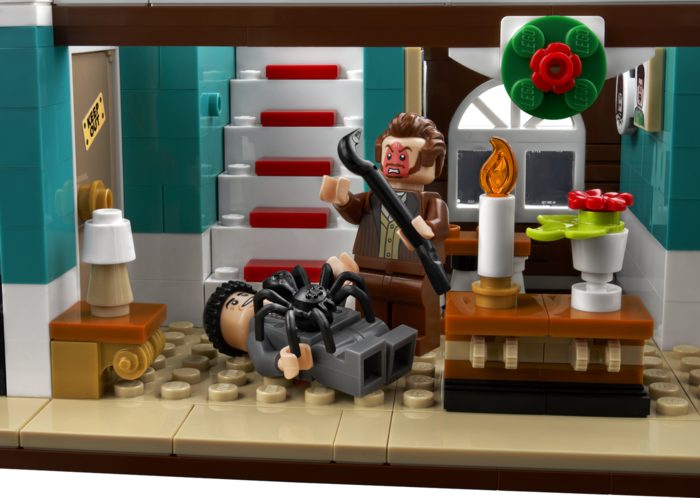 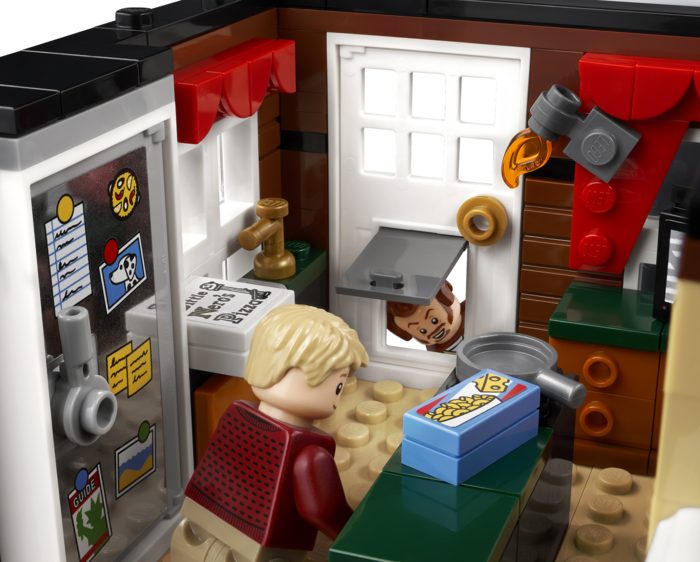 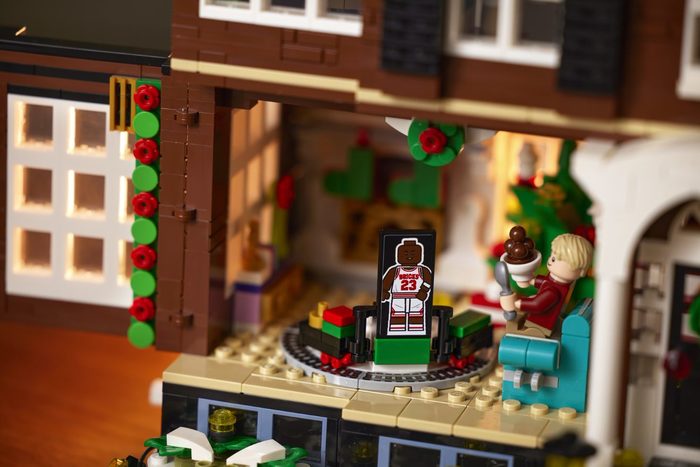 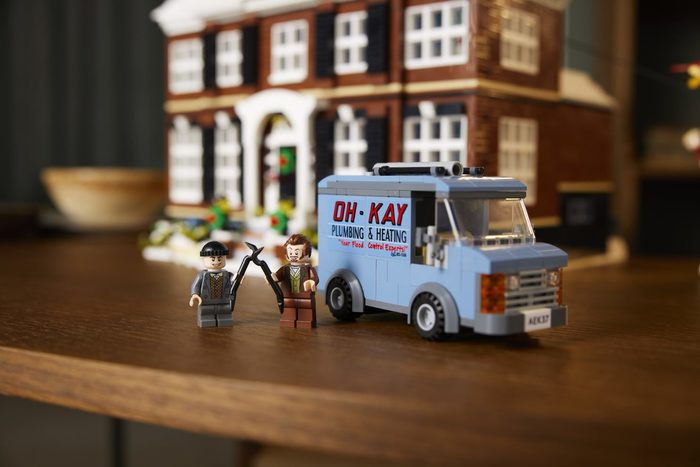 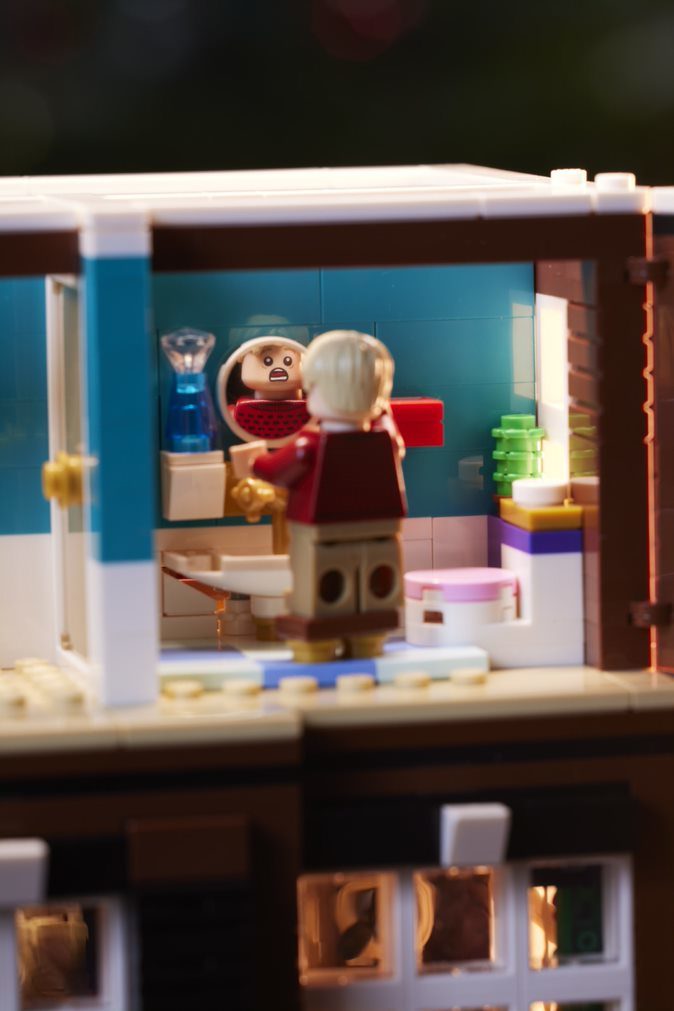 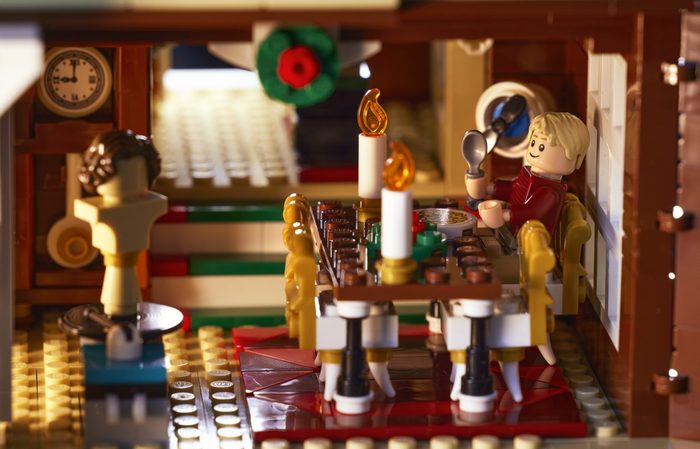 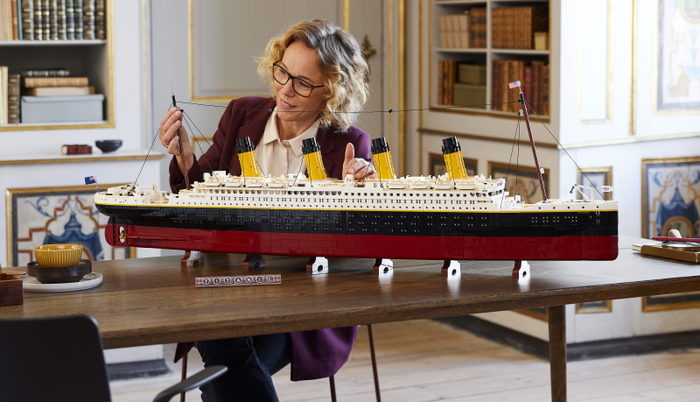 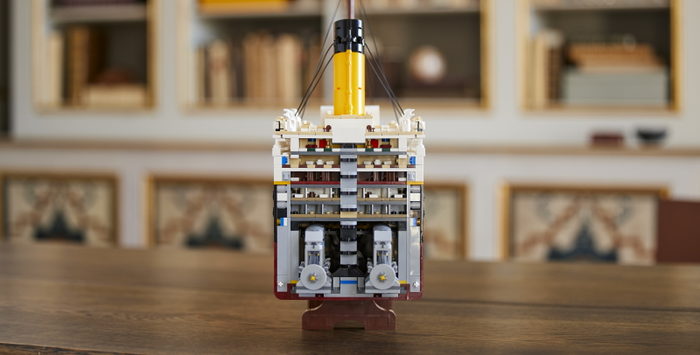 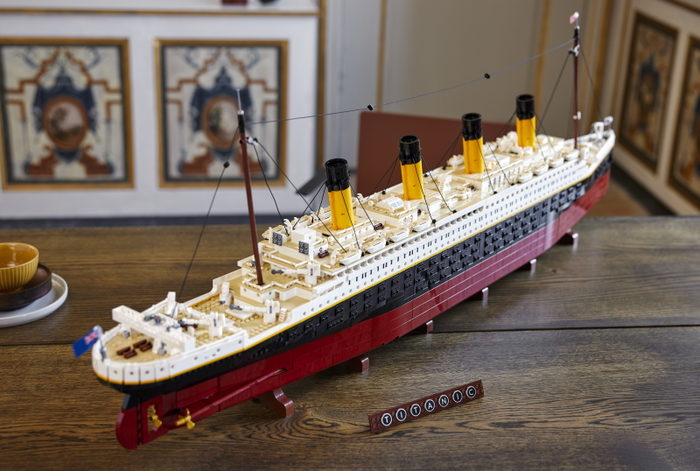 LEGO and Nintendo are teaming up once again this fall, releasing a brand new 2064-piece Super Mario 64 Question Mark Block to celebrate the 25th anniversary of the N64 classic.

Scheduled for release on October 1 and priced at $199.99 in Canada, the LEGO Super Mario 64 Question Mark Block is a brick-built version of the "?" block seen throughout the Super Mario franchise, which Mario uses to unlock power-ups and coins. This cubed version pays homage to the Super Mario 64 iteration, as it was the first Super Mario game to feature 3D graphics.

Just like in the game, the LEGO Question Mark Block hides a few surprises for Super Mario fans, as the set opens up to reveal four miniaturized levels from Super Mario 64 including the Bob-omb Battlefield, Cool Cool Mountain, Lethal Lava Trouble and Peach's Castle.

10 LEGO microfigures also come with the set, each inspired by characters from the game including Mario, Yoshi, Princess Peach, Big Bully, Chain Chomp, King Bob-omb, Lakitu, Mr. I, Penguin and Baby Penguin – for those unfamiliar with the game, Luigi was famously snubbed from Super Mario 64 and doesn't make an appearance in the game, hence his notable absence in this LEGO set. 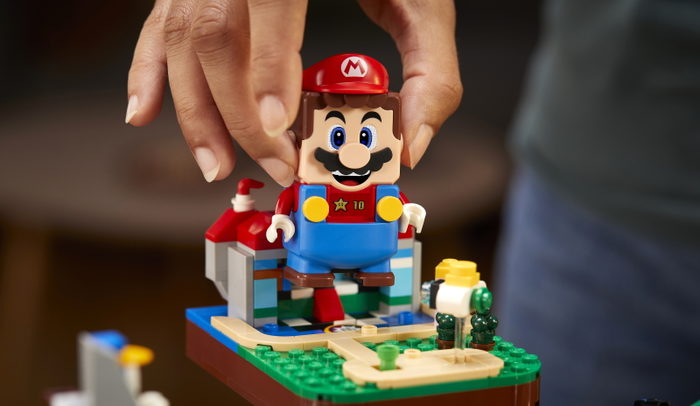 A must-have for Super Mario fans this holiday season, the LEGO Super Mario 64 Question Mark Block will be available exclusively from the LEGO Shop at launch and throughout 2021, then from other retailers like Amazon.ca and Best Buy in early-2022 after LEGO's exclusivity period lapses. 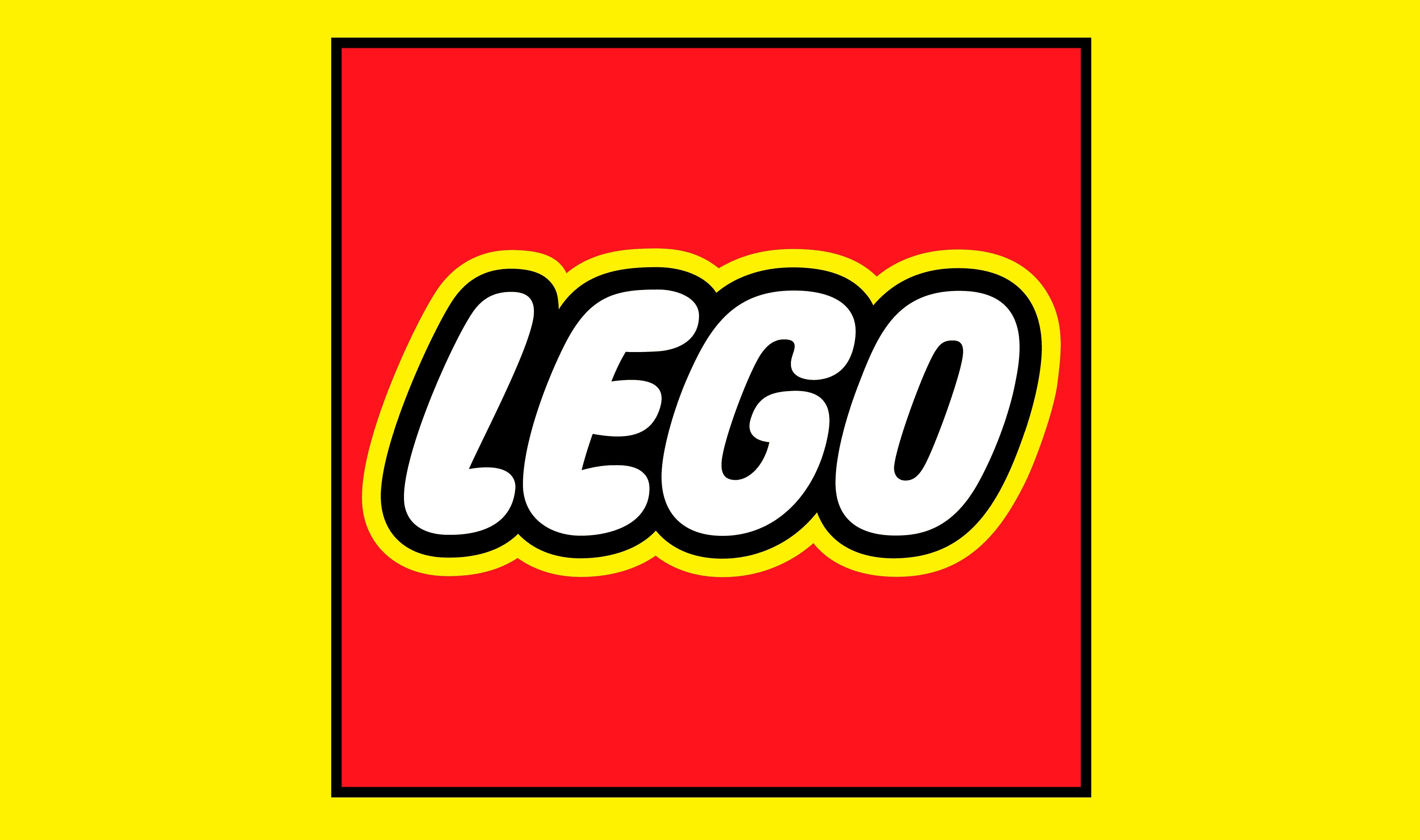