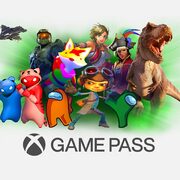 Game all summer long for just a loonie at Microsoft, where you can get three months of Xbox Game Pass Ultimate or PC Game Pass for $1.00 – a savings of up to $49.97.

This offer is available to new or eligible members without an active Game Pass subscription. Game Pass is a subscription service that grants unlimited access to a rotating library of games on Xbox or PC, along with Xbox Live Gold for multiplayer gameplay. The service has been lauded as one of the best deals in gaming, as the Game Pass library features over 400 playable games, including exclusive titles from Bethesda and EA.

This offer is available online for a limited time. Note that you will be charged the standard monthly rate after the three-month promotional subscription is over, but you can cancel at any time if you do not plan to keep the service.