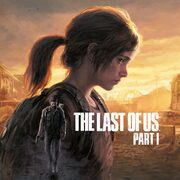 One of the best PlayStation games of all time is coming to PC and you can pre-order The Last of Us Part I now from Epic Games and Steam.

Scheduled to launch on March 3, The Last of Us Part I is a remake of the 2013 PS3 hit The Last of Us, with improved graphics and enhanced gameplay mechanics. The story remains identical and also includes The Last of Us: Left Behind – a DLC prequel that explores Ellie's journey before the events of the main game.

The Last of Us has received critical acclaim and is widely considered one of the best games of all time, making it a must-play for PC gamers who don't have a PlayStation console. For reference, the PC version is less expensive than the PlayStation 5 version, which is regularly $89.99.

The Last of Us Part I on PC will release on March 3 and this will mark the 10th PlayStation exclusive to be released on PC, joining hits like God of War (2018), Marvel's Spider-Man Remastered, Sackboy: A Big Adventure and others.