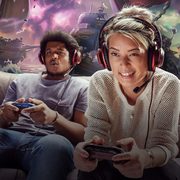 May 23 update: this deal has been extended (again) and is now available until June 10!

Play over 100 games for just a loonie with this deal from Microsoft, because you can get three months of Xbox Game Pass for $1.00!

Xbox Game Pass is a subscription service that lets Xbox One owners download and play a library of over 100 complete games, including Just Cause 4, Minecraft, Shadow of the Tomb Raider and more! The service normally costs $11.99 per month, which means you'll get an overall savings of $35.97 with this three-month deal!

This offer is effective online only until June 10 -- there are some restrictions, as users in Quebec and Russia are not eligible. Note that once the three-month subscription period is over, you will be charged the standard quarterly rate, so remember to disable auto-renewal if you do not want to keep the service.