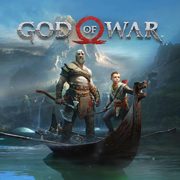 Play one of the best PlayStation games ever without owning a PlayStation console, because God of War is coming to PC and you can pre-order the game now from Epic Games and Steam.

Originally released in April 2018, God of War is the most recent game in the God of War franchise and the first to focus on Norse mythology. Set decades after the events of God of War III, the game centres on series protagonist Kratos and his son Atreus as they journey through Midgard, battling mythical creatures and Norse gods in order to make their way to Jötunheim.

The God of War franchise has been a PlayStation exclusive ever since its creation in 2005 and God of War (2018) will be the first game in the series to be playable on PC. The game has received critical acclaim and is widely considered one of the best games of all time, making it a must-play for PC gamers who don't have a PlayStation console.