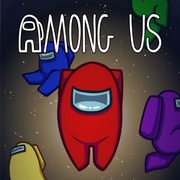 Play the game that everyone seems to be playing, as you can get Among Us on Android, iOS and PC!

The game is free-to-play on Android and iOS with in-app purchases, while the PC version is available for $5.69 through Steam -- all versions of the game support cross-play multiplayer.

Originally released in June 2018, Among Us is a murder mystery multiplayer game with support for up to 10 players online. Players are assigned the role of Crewmate or Imposter -- Crewmates are responsible for completing various tasks around a spaceship-themed map, while up to three Imposters must secretly eliminate Crewmates and sabotage the ship to cause chaos and avoid looking sus(spicious).

Crewmates can summon a group-chat meeting upon discovery a body, where active players deliberate to try and determine the Imposter(s), then hold a vote to jettison a player off the ship. Crewmates can win by completing all assigned tasks or correctly voting off all Impostors.

Despite being over two-years-old, the game soared in popularity in 2020, as it's inexpensive with easy-to-learn mechanics and enables friends to interact while at home under quarantine.