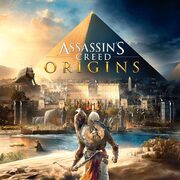 Try some new games with a new month of freebies from Amazon.ca, where eight PC games are available for free with Prime Gaming in September 2022.

All free games are redeemable via the Amazon Games app on Windows, unless otherwise noted. Prime Gaming (previously known as Twitch Prime) is included with all Amazon Prime memberships with perks like free monthly games, in-game loot, exclusive discounts and more.

These Prime Gaming titles are available until September 30 and all games are accessible through Prime Gaming forever (even if you cancel Amazon Prime), as long as you add them to your library before the monthly deadline.