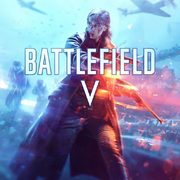 Get the latest installment of the Battlefield franchise for the unbeatable price of zero dollars with Prime Gaming, because Amazon Prime members can get Battlefield V for free on PC!

Prime Gaming (previously known as Twitch Prime) is included with all Amazon Prime memberships with perks like free games, in-game loot, exclusive discounts and more – simply visit the Battlefield V promo page, login with your Amazon Prime credentials and click Claim Now to get the full game for free via Origin.

Originally released in November 2018, Battlefield V is the most-recent game in the Battlefield franchise, set during World War II. The single-player campaign consists of four chapters with four different perspectives on the war, while several multiplayer and co-op modes are available online, including a new battle royale mode with support for up to 64 players. The game has received positive reviews and is regularly $51.99 in the Origin Store.

Battlefield V is available for free until September 1 and is playable via Origin as long as you claim it before the deadline (even if you cancel Amazon Prime).

Not an Amazon Prime member? Sign up for a free 30-day trial and get perks including free shipping on millions of items, access to Prime Video streaming and more.