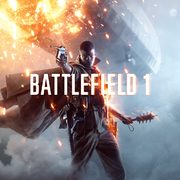 Add another piece of the Battlefield franchise to your collection for the unbeatable price of zero dollars, because Amazon Prime members can get Battlefield 1 on PC for free with Prime Gaming!

Prime Gaming (previously known as Twitch Prime) is included with all Amazon Prime memberships with perks like free games, in-game loot, exclusive discounts and more – simply visit the Battlefield 1 promo page, login with your Amazon Prime credentials and click Claim Now to get the game for free via Origin.

Originally released in October 2016, Battlefield 1 is a first-person shooter set during World War I and inspired by historical events. The single-player campaign is comprised of six chapters, where you control six different characters from six Allied nations to experience their roles during the first World War. The game has received positive reviews and is regularly $26.99 in the Origin Store.

Battlefield 1 is available for free until August 4 and is playable via Origin as long as you claim it before the deadline (even if you cancel Amazon Prime).

Not an Amazon Prime member? Sign up for a free 30-day trial and get perks including free shipping on millions of items, access to Prime Video streaming and more.