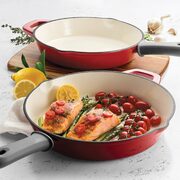 The holidays aren't quite over at Costco, where their Boxing Week Savings Event is on now with limited-time online deals in Canada.

There are over 500 featured products split into multiple categories – we've listed a few of Costco's best Boxing Week deals below.

Costco's Boxing Week Savings Event is effective online for a limited time. A Costco membership is required to shop online and shipping fees are included for all items online.