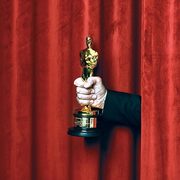 It's been a weird year for movies, but that doesn't mean there weren't some must-watch films released over the past year.

The 93rd Academy Awards were presented on April 25, showcasing some of the best movies from 2020 and early-2021. If you're looking for some Academy-approved entertainment, we've listed where you can watch this year's Oscar-winning titles in Canada, sorted by the most-awarded films of the year.

Another Round – Best International Feature Film

If Anything Happens I Love You – Best Animated Short Film

An Amazon Prime membership is not required to purchase or stream Prime Video content and all content we've listed is digital, with prices reflecting 1080p HD quality or higher.

Streaming access will vary depending on the platform, though most modern browsers, smart TVs, streaming sticks and mobile devices can stream content from all major services listed.