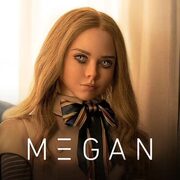 Watch one of the surprise hits of 2023 with Prime Video, where M3GAN is now available to purchase or rent digitally.

Here's where you can stream M3GAN in Canada – pricing will vary, as the 4K digital purchase price is $29.99, while digital rentals are $24.99 from all streaming services.

Originally released on January 6, M3GAN depicts a self-aware, A.I. doll who becomes hostile towards anyone who comes between her and her human companion. The film is currently the top-grossing movie of 2023 and has received positive reviews for its silly yet frightening tone, with an approval rating of 94% on Rotten Tomatoes.

M3GAN is available to download or stream on supported devices immediately after purchase or rental.

StackTV is one of the most popular Prime Video Channels and available to all Amazon Prime members for just $12.99 per month, with 30-day free trials for new subscribers.