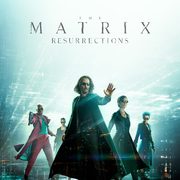 Relax and plug into the Matrix this weekend, because The Matrix Resurrections is now available to rent or purchase digitally in Canada, less than one month after its box office premiere.

Originally released on December 16, The Matrix Resurrections is the fourth installment of The Matrix franchise, set 60 years after the events of The Matrix Revolutions with Keanu Reeves and Carrie-Anne Moss reprising their iconic roles of Neo and Trinity, respectively. In the film, Thomas Anderson now lives a mundane life as a video game designer, but when long-suppressed memories of Neo start to re-surface, Mr. Anderson begins to question the true nature of his reality.

The Matrix Resurrections is available from several streaming services in Canada and we've listed the most popular options below.

The Matrix Resurrections was one of the most-anticipated movies of 2021, but the film has received mixed reviews. While the film is still playing in many theatres across Canada, digital streaming is an excellent alternative for movie fans in provinces where theatres are closed or those who prefer watching movies at home.

All streaming options listed support a maximum resolution of 4K HDR, with most rentals offering up to a 72-hour viewing window from the time you start playing.