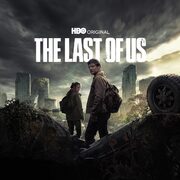 One of the most-anticipated series of the year is now on Crave, where The Last of Us is now streaming in Canada.

20 years after a fungal virus wipes modern civilization, Joel (Pedro Pascal) is hired to transport 14-year-old Ellie (Bella Ramsey) safely across a post-apocalyptic United States, as she may hold the key to the survival of the human race.

Originally released on January 15, The Last of Us is a new HBO series based on the best-selling PlayStation video game of the same name. The first season will consist of nine episodes and all nine will premiere exclusively on Crave, every Sunday at 9:00 PM ET.

All Crave streaming plans will have access to the show, in addition to other critically-acclaimed HBO programs like House of the Dragon and Succession, along with popular titles like 30 Rock, Canada's Drag Race, Friends, Jersey Shore, Star Trek: Picard and more – for reference, Crave Mobile plans start at $9.99 per month, while Crave Total plans start at $19.99 per month.

The Last of Us is available exclusively on Crave in Canada and Crave is viewable in browsers, through the Crave app and supported devices including Amazon Fire TV, Apple TV and more.