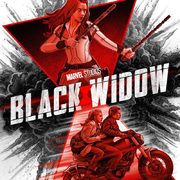 Do a superhero pose and head to Amazon Prime Video, where Black Widow is now available to purchase for $34.99 in Canada!

Black Widow is the first movie released in the Marvel Cinematic Universe since Spider-Man: Far From Home in 2019, which sees Natasha Romanoff reunite with friends and family-figures she knew before joining the Avengers, leading her to confront demons from her past life as a Soviet spy.

The movie originally premiered on July 9 simultaneously in Canadian movie theatres and Disney+, with an active Disney+ subscription and a one-time Premier Access fee of $34.99 required to stream the title online.

An Amazon Prime membership is not required and this Prime Video deal is a better option for those who don't have Disney+, as the movie is available as a complete early access purchase instead of a limited-time rental.