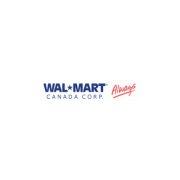 get this deal
this offer is expired
December 22 Update: Higher resolution scans are now available! Originally Posted December 21: Thanks to our readers, we've got some preliminary scans of the Wal-Mart Boxing Day Flyer up here. The details are hard to make out, but they should get the juices flowing until we can get our hands on the actual flyer. In the mean time, there's an ongoing discussion of Wal-Mart Boxing Day promotions in this forum thread. Here are some of the deals: