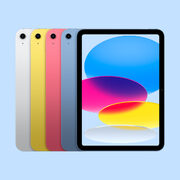 Get your hands on the newest devices from Apple, where the latest-generation iPad, iPad Pro and Apple TV 4K are now available to pre-order in Canada.

We've listed the Canadian prices for all four products announced on October 18 below.

Meanwhile, the Apple TV 4K features a lower starting price, with upgrades including a slightly thinner design, A15 Bionic chip, HDR10+ support and an updated Siri Remote with USB-C instead of Lightning.

Pre-orders will ship on October 26 or November 4 (depending the product) and Apple offers free shipping on all orders with no minimum.