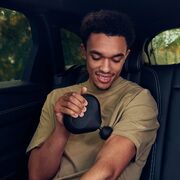 Sport Chek Sport Chek: Up to 50% Off Products from Fitbit, Nike, Theragun + More Shop the Best Sport Chek Back to School Deals!

Get ready for a new semester at Sport Chek, where you'll find Back to School Deals on select products from Fitbit, Nike, SAXX and more.

We've listed a few of the best back to school deals so you can 'chek' out what's on sale.

These Back to School Deals are effective online for a limited time. Sport Chek offers free shipping on orders over $99.00.

This is the first time Sport Chek has carried stock online – at launch, the sweater was highly sought-after and sold out almost immediately at adidas, where it remains out of stock over one week later.